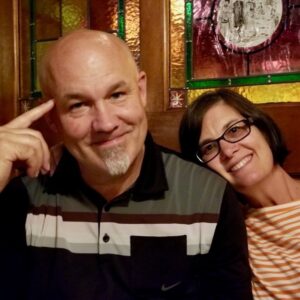 In 1980, Tom was stationed at Langley Air Force Base, in Virginia. A man from the ministry of The Navigators (Steve Draper) met him and invited him to read the Bible. Just three weeks before Tom's wedding, Tom understood the Gospel and placed his faith in Christ. Less than two weeks later, he headed home to Michigan to wed his high school sweetheart, Ann. In the course of sharing his new found faith, Ann also received Christ. Returning to Virginia as newlyweds, Tom & Ann grew into Disciples together under the mentorship of Steve & Sue Draper. Just over four years later, after being coached in personal ministry by The Navigator Staff at the Base, they were invited to get out of the military and minister full-time with The Navigators. Deciding this was, in fact, God’s will for them, The Bourkes joined the Navigator Staff on November 1, 1984. After a few years of Staff Training in Virginia, Tom & Ann were appointed as Navigator Reps and headed for their first full-fledged assignment in January of 1987: Lakenheath & Mildenhall Air Bases, in England. In 1993, The Bourke’s were reassigned to help lead The Navigators Ministry at the U.S. Naval Academy in Annapolis, Maryland. They added the role of Regional Leader for all Northeast U.S Navigators Military Ministries in June of 1998, serving in these dual roles until June of 2002. At that time, they moved to Dayton Ohio and began their first Sabbatical. Their sabbatical ended in the summer of 2003, and they began local ministry with Military folks at Wright-Patterson Air Force Base. In January 2004, Tom was appointed Associate Director for all Navigator Military Ministries. Tom oversaw two regions (the South Central & Rocky Mountain Heartland Regions) that basically make up the middle of the U.S. Tom was also responsible for Staff Recruiting, Mission Funding & Foreign Military Initiatives. In 2010, Tom & Ann moved to Detroit, to lead the 50+ Person Detroit NavCity Staff Team that engages the unchurched with the Scriptures in seven main contexts: Collegiate, 20s, Workplace, Nations Within (Immigrants), I-58 (Urban Poor), Neighbors & Encore (retired or semi-retired folks)... As well as partnering with many churches across the Detroit Area. In 2017, Tom's role shifted to overseeing the City Directors of our 18 City Teams across the U.S. They still live & minister locally in the Detroit Area. Tom & Ann now have nine children, roughly two years apart, ages 22 to 38. There are five girls and four boys, and they also have eight grandchildren. 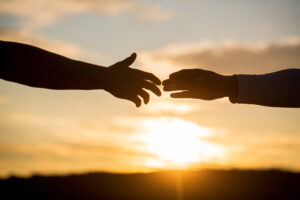 Before I was following Jesus & before I got to know Ann in my senior year of high school, I was deeply committed to two