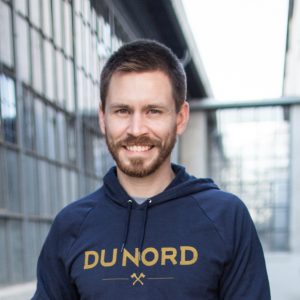 The first time I read the Bible front-to-back was when I was a college sophomore in Boulder, Colorado. That was also the first time that I learned the Bible had positive things to say about singleness. I’d grown up going to church, Bible camp and youth group, yet I’d never heard a message or done a Bible study that made any mention of the viability of a single life. I’d come to assume that marriage was the only path to a fulfilled, fruitful, God-honoring life.

Suddenly, I was struck by how both Jesus (Matthew 19:10-12) and Paul (1 Corinthians 7:6-9) were affirming that being single is a good path for some people. The unmarried person, Paul notes, can give undivided devotion to the Lord. Similarly, Jesus (who walked the path of singleness himself) says some choose to be unmarried for the sake of the Kingdom. Neither says singleness is for everyone, but both say it’s good.

In my 20s, this view of singleness helped me to have an open-handed approach to dating, rather than a sense of entitlement. I still desired to be married, but – at least most of the time – I didn’t feel like it was the end of the world when relationships didn’t work out. It also helped me make the most of the time I had while single and to enjoy its unique blessings. Working in a pub until 2 am and taking a seminary course on my off-nights (something I did in my 20s) is something I probably would not have been able to do if I had a family.

The reality is that we are designed for relationship. More specifically, I think we’re designed for family… brotherhood, sisterhood, sonship, parenthood and marriage. How can we experience all of these relationships if we don’t marry?

The answer, I believe, is that Christians are called to radical community.

Jesus reframes family when, in Mark 3, he’s told that his mother and brothers are looking for him. He responds, “whoever does the will of God, he is my brother and sister and mother” (3:35). The Church life depicted in Acts functioned like a family, as “they shared everything they had” (4:32). And Paul describes himself as loving other believers like a mother (1 Thessalonians 2:7) and like a father (2:11). He – and other New Testament writers – regularly referred to fellow Christians as brothers, sisters and children.

When I’ve moved to a new city without family and sought to make a home there, brothers and sisters in Christ have been vital to making that possible. We’ve cared for each other while we were sick, invited each other into our homes for meals and truly loved one another like family.

Tim Keller has said that “Christianity was the very first religion that held up single adulthood as a viable way of life…. Nearly all ancient religions and cultures made an absolute value of the family and of the bearing of children. There was no honor without family honor, and there was no real lasting significance or legacy without leaving heirs. Without children, you essentially vanished – you had no future.”

As I have plugged into different faith networks across the country, I have found that some of our modern faith communities emphasize marriage and family in a way that sounds a little more like those ancient religions than like the radical way of life and belonging described in the New Testament. Marriage and family are good, and they’re gifts, but so, too, is singleness and the family we have in Christ. The most essential thing is that all Christians –  married or single – live into this calling of radical community.

Through these experiences, I have learned that it’s good to desire marriage and to hope for, pray for and pursue it. But if we do so in a way that neglects the value and gift of singleness, we can be robbed of the blessing and joy God has for us now. Marriage is a great gift, but it’s only a foretaste of the union with Christ for which we’re all created. Consequently, let’s be thankful for the gift God has given us for today – singleness or marriage – and use it to bless others.

Keller’s book, The Meaning of Marriage, is excellent. It’s about marriage, but as Keller says, understanding marriage is a great help to understanding singleness. Here is brief sample and a couple of questions: “The Christian gospel and hope of the future kingdom de-idolized marriage…. The Christian church in the West, unfortunately, does not seem to have maintained its grasp on the goodness of singleness…. Single people cannot live their lives well as singles without a balanced, informed view of marriage. If they do not have that, they will either over-desire or under-desire marriage, and either of those will distort their lives.”

For a resource on singleness from a woman’s perspective, check out Connally Gilliam’s Revelations of a Single Woman.

Alec used his engineering degree from Colorado State University to do design work in Africa prior to moving to Seattle, where he split his time taking classes at a seminary, working part-time at a local church, and managing a local neighborhood pub. Now he serves as the Nav20s City Leader of Minneapolis-St Paul.
All Posts

Alec used his engineering degree from Colorado State University to do design work in Africa prior to moving to Seattle, where he split his time taking classes at a seminary, working part-time at a local church, and managing a local neighborhood pub. Now he serves as the Nav20s City Leader of Minneapolis-St Paul.
All Posts