What if my friend is marrying the wrong person? 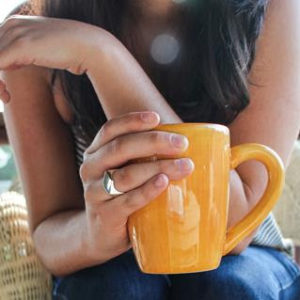 Giving and receiving wise counsel during serious life decisions can be really healthy since we’re called to live in community, and deciding who to marry can be one of those decisions. However, it can be tricky to navigate what to do when we think a friend might be making a mistake. I’ve told an engaged friend they were marrying the wrong person, and I’ve also been the person who was told they were making a mistake by getting married. While I’m all about tough conversations that draw us closer to God and each other, neither of those conversations did that.

Now, a couple years later, and hopefully a few years wiser, there are a few questions I think someone should ask themselves before sharing their concerns with an engaged friend. I’ll group the questions into two categories: “Should I say anything?” and if so, “How should I say something?”

Should I say something?

1. What is your relationship like with this friend currently?

Are you close with this friend? Be willing to be honest with yourself about this. If you are not close, you will need to build trust, and then worry about deciding to say something later. If you are close, move on to question #2.

2. How much time have you spent with the couple or with your friend’s fiancé?

Try to get to know your friend’s partner. Regardless of whether you think they should get married, your friend cares a lot for this person, and you should too. Knowing them as a couple will allow you to speak from personal observation rather than assumptions or stories you’ve heard.

3. What type of relationship are you willing to have with this friend in the next few months?

If you are considering telling a friend to break off an engagement, are you willing to walk through it with them? Will you have the time and energy to support them? If not, you need to think hard about why you (and not someone else) is having this conversation..

4. Are you having this conversation for you or for your friend?

While the concern for a friend getting into a difficult marriage can begin out of pure concern for them, we need to be careful that the conversation doesn’t become about absolving ourselves from the responsibility of “warning” a friend about the disaster you believe they are bringing upon themselves. If you are heading into a conversation and only thinking about the guilt you might feel by not saying something, you need to check yourself and talk to God. Ask God if the guilt is genuine conviction from the Holy Spirit, or if it is from your own cultural expectations or mis-guided pressure.

5. Have you asked God for direction in how to relate with your friend about this?

Pray, pray, pray. Humble yourself to God’s direction. Recognize that God cares about your friend more than you do. While He tells us to love our neighbor as ourselves, there is no command to “warn every neighbor about a bad marriage decision.” It is ultimately His role to change hearts, and their role to respond to Him. Ask God if, when, and how He would want you to talk with your friend. And pray until you get His direction.

Once you get the go ahead from God, take some time to consider what to say and how to talk to your friend.

How should I talk with my friend?

1. Has your friend shared with you concerns about the relationship in the past?

If your friend has shared concerns about the relationship in the past, start by asking for an update. If they haven’t, before sharing your thoughts about the relationship, ask your friend how they are feeling about it. The goal is not for your friend to follow your advice, but for them to be able to be honest with themselves and with God. Only this type of honesty and vulnerability will lead someone to break an engagement. If they don’t regularly share heart-level things with you, test out the water of deeper conversation, but be willing to take it slow. It might be that you aren’t the best one to have this conversation with them.

2. What is your timeline?

In the Christian circles I’ve been around, these conversations tend to be approached as an emergency. It is not. This is not a surprise to God. Be intentional and follow God’s prompting. Don’t feel unnecessary pressure to share all your thoughts at one time, and make sure it’s not the only thing you talk to your friend about. Having a broader conversation helps communicate your broader concern for them as a whole person.

3. Have you thought thoroughly about how and what you will say?

It might sound silly, but you should mentally rehearse what you will say and how you will say it. You may even want to practice aloud. You want to communicate love and care for your friend above all else, so speaking calmly, talking at a controlled pace, and being patient when waiting for responses are really important.

4. How will you offer support?

How will you let your friend know you will be there for them during and after a broken engagement? Equally important to consider is how you will assure your friend that you will be the biggest supporter of their marriage if they don’t split up. If the issues are serious enough for you to say something, your friend is probably going to need support. Be prepared for this likelihood and don’t burn all your bridges trying to persuade him or her about your concerns.

Remember how much you love and care for your friend and let that drive your decisions. Take the necessary care to seek the Lord and proceed lovingly. Regardless of their end decision, you want your friendship and their relationship to be honored, and the Lord to be glorified.

The apostle Paul often sent people to visit groups and individuals he was concerned about. Look at the following examples and ask yourself: what was Paul’s goal? What approach did he assume these visitors would take? Examples: Ephesians 6:21-22, Phillippians 2:19-24, 1 Thes. 3:1-5.

Inside Out is a book with helpful insights on the topic of honesty with God, self, and others.

Ravi Zacharias tells a great story about his brother’s unusual (by some cultural standards) engagement and his own awkward attempt to “help” in The Will to Do, an article on his website.

"Eden" is a recent college grad and proud plant mom. When she isn’t gardening, she is probably enjoying a good cup of cold brew, table tennis, or the dollar section at Target.
All Posts

"Eden" is a recent college grad and proud plant mom. When she isn’t gardening, she is probably enjoying a good cup of cold brew, table tennis, or the dollar section at Target.
All Posts